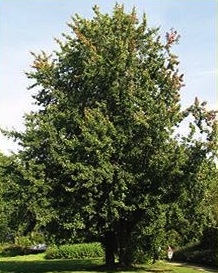 Natural Control is a system of controlling plant pests and diseases without the use of chemicals, by employing predators and parasites that feed upon them. Like all pests, the Cottony Maple Scale has natural predators that includes lady beetles, predatory mites as well as parasitic wasps that feed on the scale. Lady beetle adults and larvae are visible but the mites and parasitic wasps are very difficult to see.

There are over 5,000 different lady beetle varieties in the continental U.S. many of which are well established in prairie regions. Ladybugs are actually beetles in the Coleoptera family Coccinellidae and as insects go, they are a very beneficial group, being natural enemies of many agricultural pests, especially aphids, plant scale and other critters that damage plants by feeding on their sap. A single lady beetle can consume over 5,000 aphids over its entire life span. 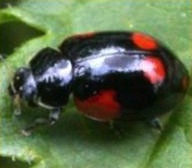 One notable ladybug, the twice stabbed lady beetle has a natural predator-prey relationship with the Cottony Maple Scale. The adult is 1/8 in. in diameter and black with 2 red spots on its back. It overwinters under loose bark and in the spring feeds on overwintered scale. This beneficial lady bug lays eggs at the same time cottony maple scale egg masses are being produced. Their population increases in direct relation to the increase in the scale population. This lady beetle will work in earnest to reduce the cottony maple scale to very low numbers during the 3-year cycle.

The application of commercial lady beetles to reduce cottony maple scale is unproven. Many imported lady bug species sold commercially are non-native species which when introduced have a shortened life span and difficulty overwintering because of the non-native climate. In the final analysis, local native species have the best track record of bringing cottony maple scale populations under control.

Homeowners can do a number of things to help support the presence of lady beetles on their property. Refraining from using chemical insecticides for pest control is essential. In addition, homeowners can introduce the following flowers known to attract lady beetles into their garden — chives, marigolds, cosmos, feverfew, sea lavender, mustard and calendula.

Tree Care is Essential in Battling a Scale Infestation: Host trees most susceptible to an infestation are stressed from poor tree care. A good tree care regimen should include pruning infested branches, adequate watering during drought, establishing a mulched zone under the canopy and avoiding trunk injuries to strengthen the tree’s ability to weather an infestation. 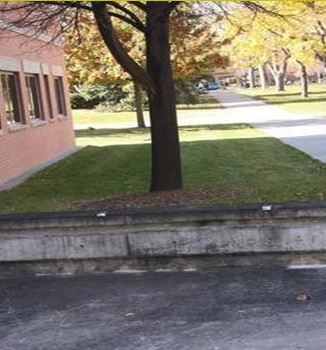 Cleaning Up ‘Sooty Mold’ - If honeydew excretion is left to accumulate, it can turn into ‘sooty mold’, a dark-colored fungi that if not removed can cause health problems for those with a respiratory condition or those susceptible to airborne allergens. The best method for removing ‘sooty mold’ colonies is a concentration of warm water and vinegar using a sponge or scrub brush and hose rinse. A recommended clean up solution to kill established mold colonies is:

All Natural/Non-Toxic Insecticidal Spray Solution Recipe- Homeowners who choose to combat scale on their trees and landscaping can do so by mixing 5 Tablespoons of liquid dishwashing detergent in 1-gallon of tap water and apply using a hose-end garden sprayer. 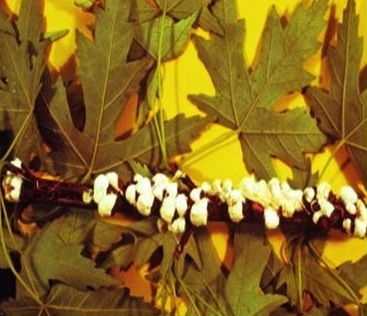 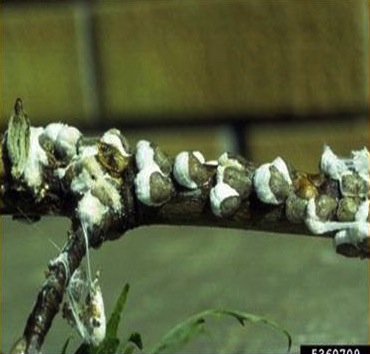